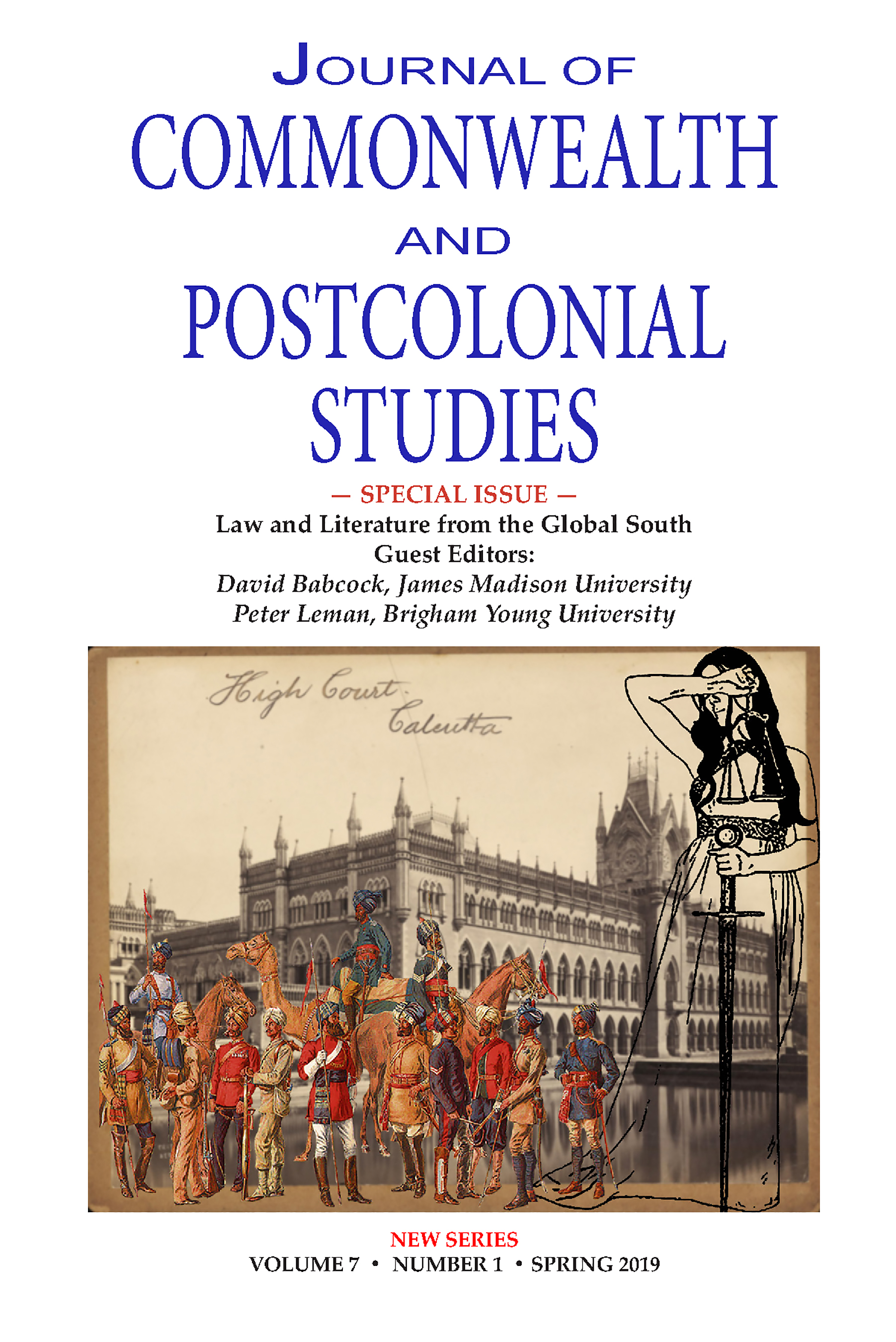 In his essay, “Violence and the Word,” the late legal scholar Robert Cover offers an unusual definition of law as “the projection of an imagined future upon reality” (1604). Setting aside the, perhaps, unintentional suggestion that law is a kind of speculative fiction, this definition enables us to see a distinct colonial impulse in the law: the colonization of a present reality by some imagined, future ideal. Law is, by this account, a better, even more civilized future imposed on reality with the hope of bringing that reality up to its (impossible? unrealistic?) standard. This is a striking—and, no doubt, debatable—characterization, particularly when seen in light of the law’s dramatic temporalization in the history of European colonization, a time when law was equated with modernity and thereby projected onto the complex and heterogeneous realities of subjected peoples the world over. Although Cover’s definition has a hint of the utopian, the imagined future of modernity and progress projected by colonial powers did more to enact or otherwise open the door for dystopias, both governmental (e.g., postcolonial dictatorships) and capitalist (e.g., exploitative multinational corporations), than utopias. Legal scholarship has come to recognize the close relationship between colonialism and modern law in the west—indeed, Peter Fitzpatrick has argued that colonialism was not an aberration in western legal history but a key phase (146). As Sally Engle-Merry puts it, “Modern law itself is a creature of colonialism” (19). This suggests that law, as the projection of an imagined future, is not incidentally but essentially colonial.